There's no single all-natural miracle cure ingredient for hair loss. Here's what you should know about Saw Palmetto and why it's included in Revivogen's formula.

While there’s no miracle ingredient in nature for stopping hair loss, Saw Palmetto often gets labeled as a “holy grail” for hair loss. Unfortunately, there’s a lot of misinformation out there about the wonders of Saw Palmetto. We’ll help separate fact from fiction and get to the bottom of this exciting extract.

Get the Science Straight

Male or Female Pattern Hair Loss is caused by the combination of hair loss genes activated by Dihydrotestostrone (DHT). DHT is actually a byproduct of testosterone that is made inside the hair follicle cells. DHT’s activation of the hair loss genes results in increased shedding, shorter growth phase and a longer resting phase, transforming regular hair into small and colorless hairs also known as peach fuzz hair.

Saw Palmetto extract is shown to block 5-alpha-reductase, an enzyme that converts testosterone to DHT. By reducing DHT production, Saw Palmetto reduces the negative effects of DHT on the hair follicle similar to Finasteride, the active ingredient in Propecia. This is why Saw Palmetto receives such abundant praise in the hair loss community. 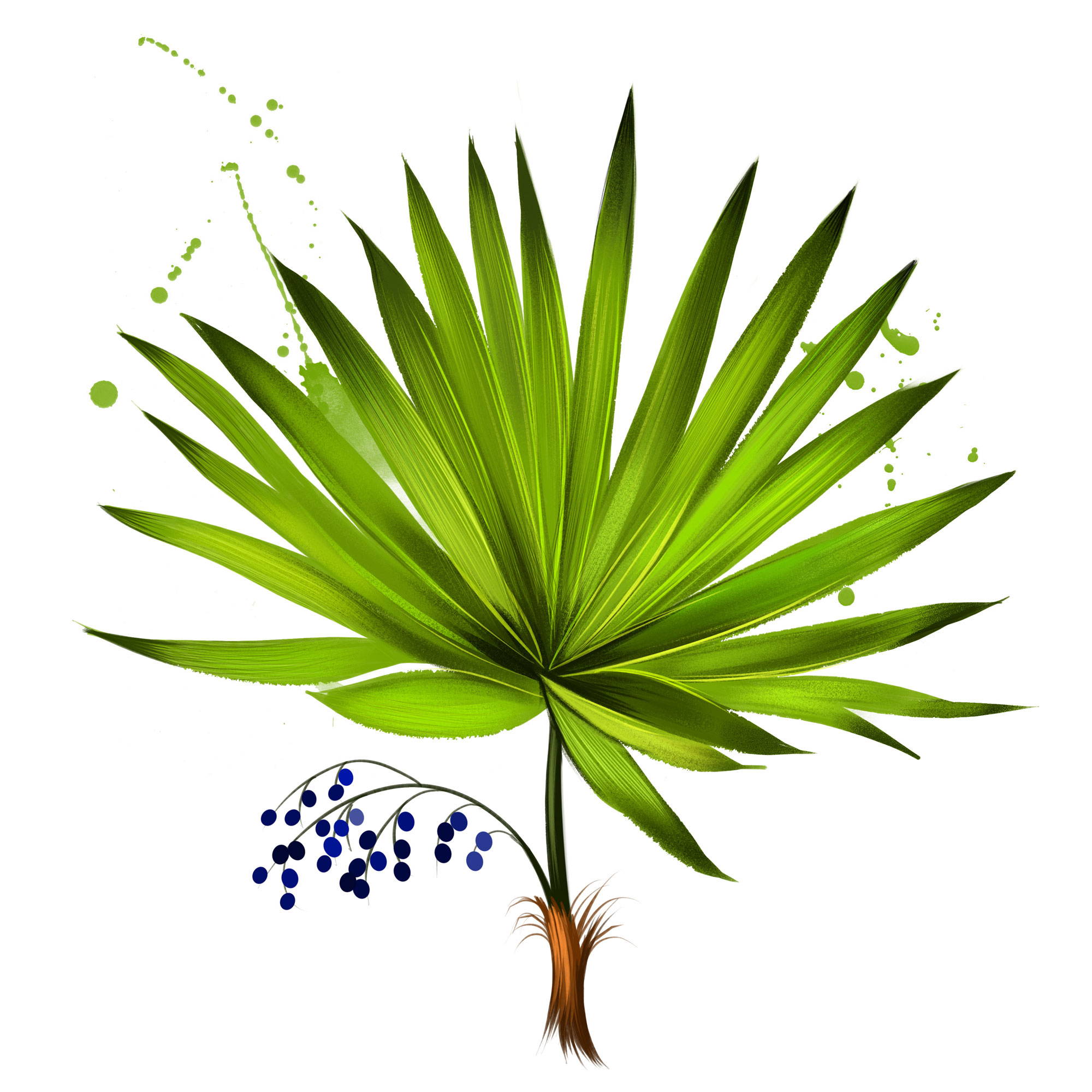 Probably one of the most underestimated pros of Revivogen MD: no wear-off of efficiency. Add to this the COMPLETE absence of side-effects, the guaranteed anti-hair loss effect with any ex-finasteride responder (give it 2-3 months) and a slight-to-moderate regrowth power and you wonder why docs keep advising health-ruining oral substances. With Revivogen, you'll taper-off finasteride over a 3-6 month period and will be free from it.

DIY is a Don't

Since Saw Palmetto extract is so powerful, should I just head to the natural food store right now and pick up a bottle? Unfortunately, no. While you can easily purchase Saw Palmetto in the form of oil, tablets, powder or capsules, you’ll get pitiful results from just rubbing the stuff on your scalp. Or making any type of concoction with it. It needs to be formulated by a chemist for absorption. Basically, that means it needs to be coupled with carrier ingredients, along with complimentary ingredients, in a way that will allow it to penetrate skin cells.

After 1 year in of using the MD Scalp Therapy I stopped all hair shedding and started new growth in on both sides above the temple filling in the 'V' that slowly formed over 5 years. During the 5 years of steady hair loss Rogaine was my 'goto' which yielded zero improvement. Will continue using the product daily until the desired results are achieved and then move to a maintenance application schedule.

And no, you can’t just swallow a Saw Palmetto capsule and expect it to stop your hair loss. You would need to take A LOT of Saw Palmetto orally to decrease the DHT within the hair follicle (where its made). If you take enough Saw Palmetto orally to achieve that you’ll also be messing around with your hormonal balance. Taking that much would be similar to taking Finasteride (Propecia), which sometimes causes sexual and mood side effects. Taking too much Saw Palmetto can also lead to blood thinning and digestion issues. There tends to be a belief that because something is “natural” and “from a plant” that it can’t have ill effects. This is simply not true, and especially when taking high doses.

My passion is to create effective products based on the latest medical science and natural ingredients proven to be safe and effective! Revivogen is the result of more than ten years of personal research.

My passion is to create effective products based on the latest medical science and natural ingredients proven to be safe and effective! Revivogen is the result of more than ten years of personal research.

The research on Saw Palmetto for hair loss confirms that it is beneficial for male and female pattern hair loss and many in the hair loss community are quick to call Saw Palmetto the dream ingredient, but it is actually just one small component of what makes Revivogen’s products effective. Interestingly, there are many other ingredients even more powerful in reducing DHT such as GLA (the main component of Revivogen). It is the combination and formulation of a multitude of ingredients that work together to block DHT, block DHT receptors and activate the hair follicle’s growth that make Revivogen an effective, natural product trusted by customers, hair loss experts and dermatologists around the world.

Learn more about the unique combination of all-natural ingredients that make Revivogen the anti-aging hair care line for men and women here.

What is DHT Hair Loss?